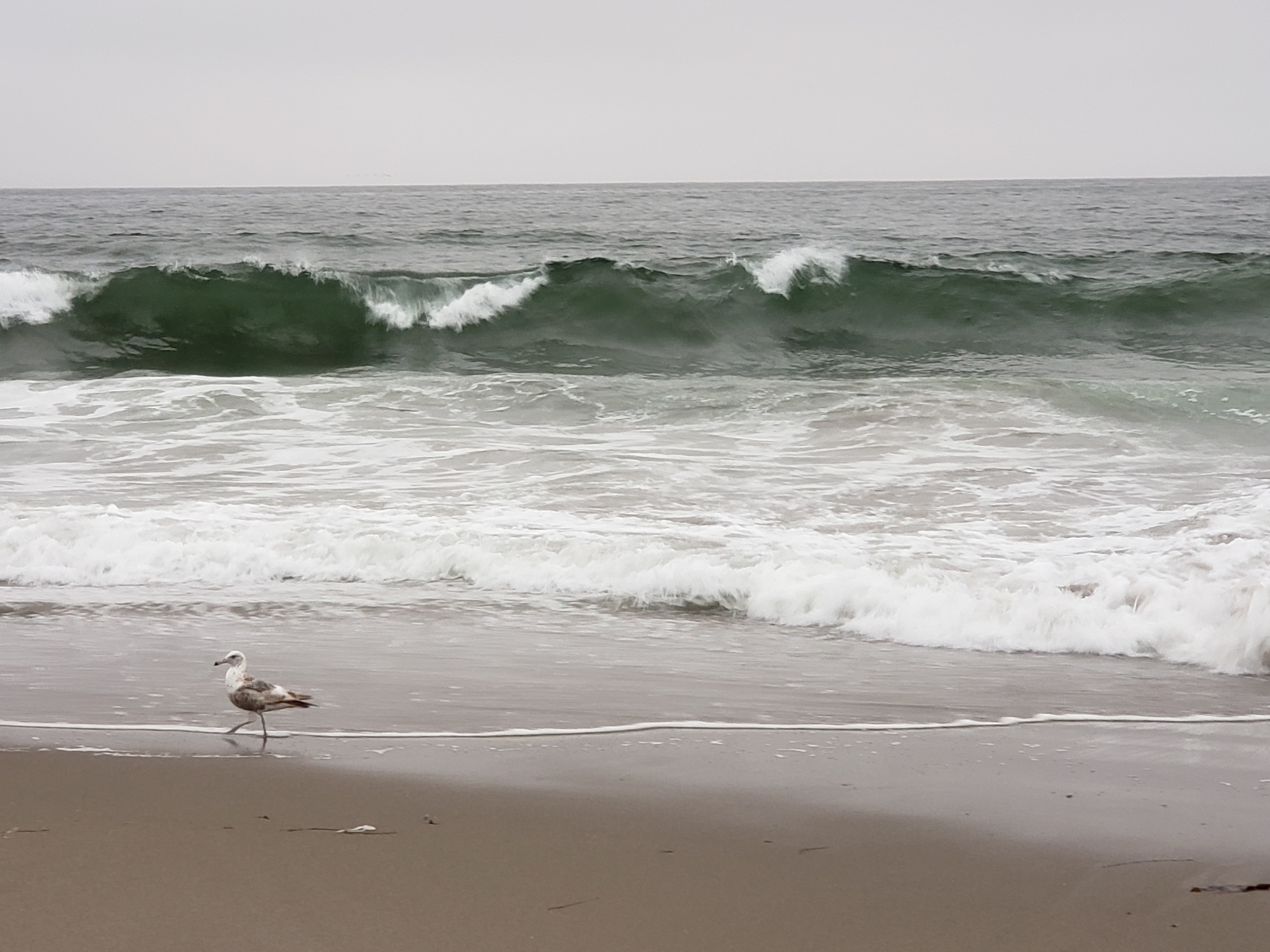 Just like summer and winter, some places have tornado season or hurricane season. Here in California we have fire season. The climate has been way too dry for a while now. I don’t know much about how drought is defined but here there is one. And because of the drought and the climate fire season can be something to be feared.

And so it is that time again here in California. Fire season. You will not believe what happened. There is a fire. The wildfires here start small and can turn into infernos in a matter of days or even hours. And so a wildfire started near Big Sur. The fire is in the hills and in places not easily accessible. With 300 firefighters and air support, this fire is being fought. Where there is fire there is smoke. Hence the problem for me. The direction the winds were blowing was sending the smoke into Hollister for one and also down the coast right where I was on the beach.

The smoke had overshadowed the sunset. There was to be no beautiful yellows and orages and pinks yesterday evening. Smoke had blocked it out. Even though the sunset was blocked, the waves still produced a great video to share.

Sometimes life is just like that. You worry and fret and wonder what will happen over a trivial thing instead of just trusting the God knows best. God has the answer to your problem even before you knew you had a problem.

Always remember God has it under control. It is why I go to the beach. The power of the waves and knowing God controls even them makes all my troubles seem small. I see the mighty power of God in the ocean. And I see His power to work in my life and solve my problems. The ocean makes my troubles seem insignificant when compared to God.

Whether you are on the beach or just watching a video of the ocean, remember God is in control of all. Let Him into your heart and trust His working in your life!

One thought on “Overshadowed”